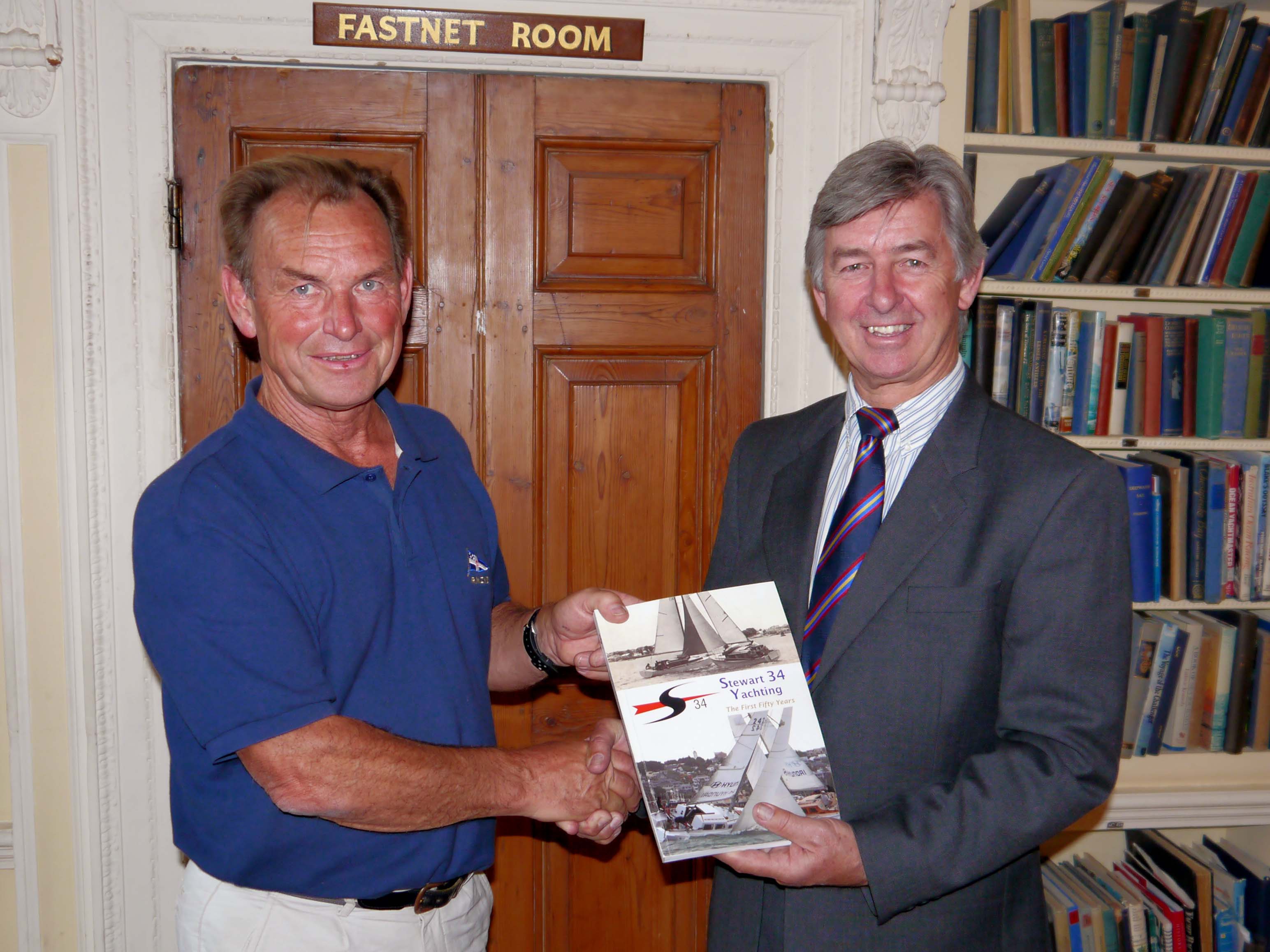 A meeting was arranged in London this week at the Royal Ocean Racing Club
for the Stewart Association president to present a copy of ‘The first 50 years’ to the RORC library.
Neil Spencer, the tall Aussie sometimes seen aboard Princess, and a RORC
member, put the meeting together after having a yarn with Eddie Warden Owen at
the London Clubrooms.
Eddie Warden Owen is the chief executive officer for the RORC. In speaking
to Charles over a beer in the Fastnet Room, he remembered well representing the
UK in the ’87 and ’88 Citizen Watch Match Racing series, sailing Playtime (then Pink Panther) and Psychic.  He was delighted to learn that the class is still thriving, and given
the opportunity would enjoy another ride next time he is in Auckland. He said
that the Stewarts were “testing” to sail, and no surprise that top Kiwi sailors
emerged from the class. Neil had also ensured that the book was signed by the
author, George Backhus.
Charles Scoones,  May 22nd, London.