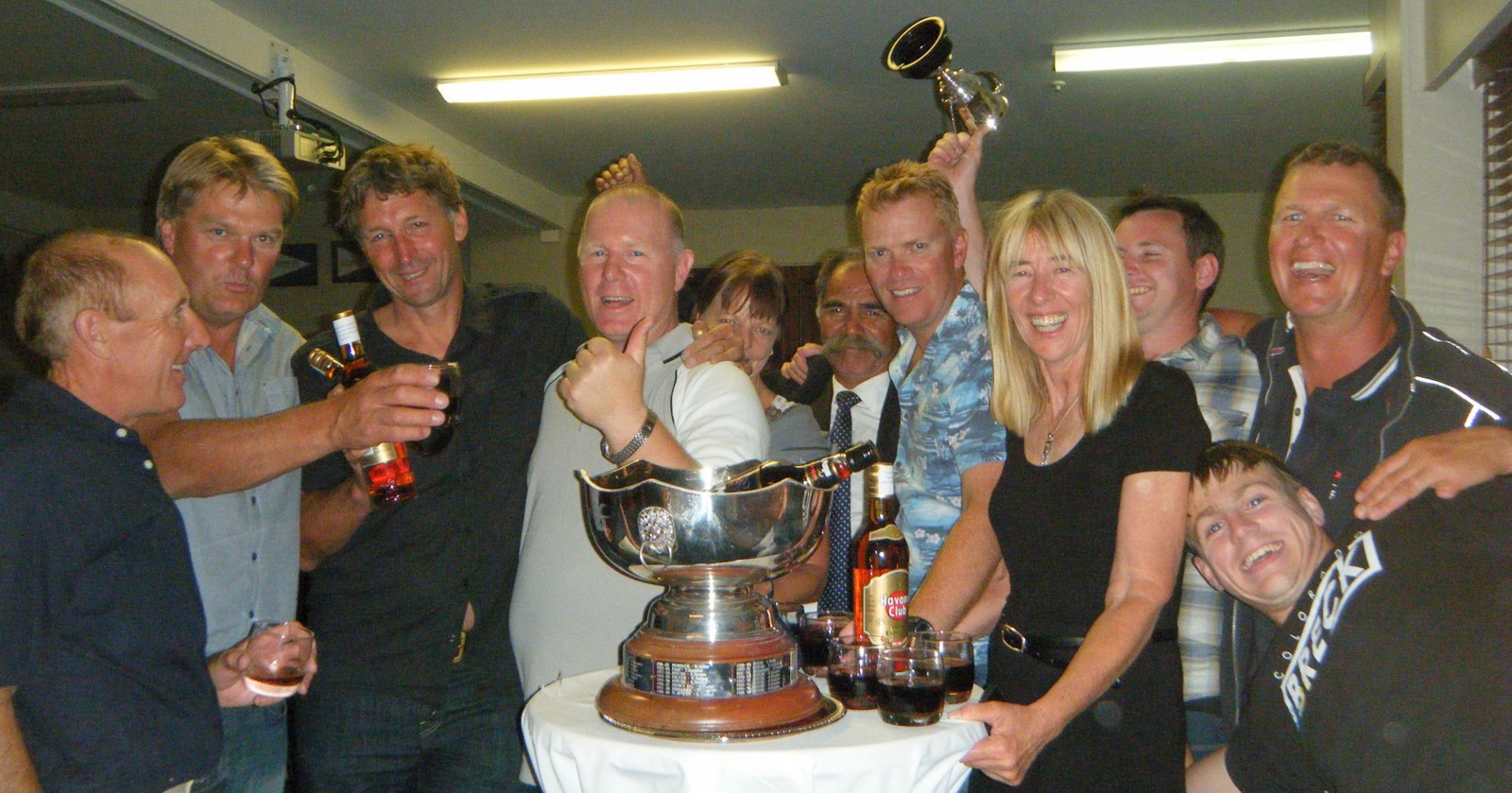 A great night at the squadron, Peter Montgomery giving an excellent talk and Wayne Boberg keeping everyone entertained with his MC skills, sadly no rum was drunk and everybody was well behaved—-NOT! For more photos of Stewart skippers and crew click the link below. END_OF_DOCUMENT_TOKEN_TO_BE_REPLACED 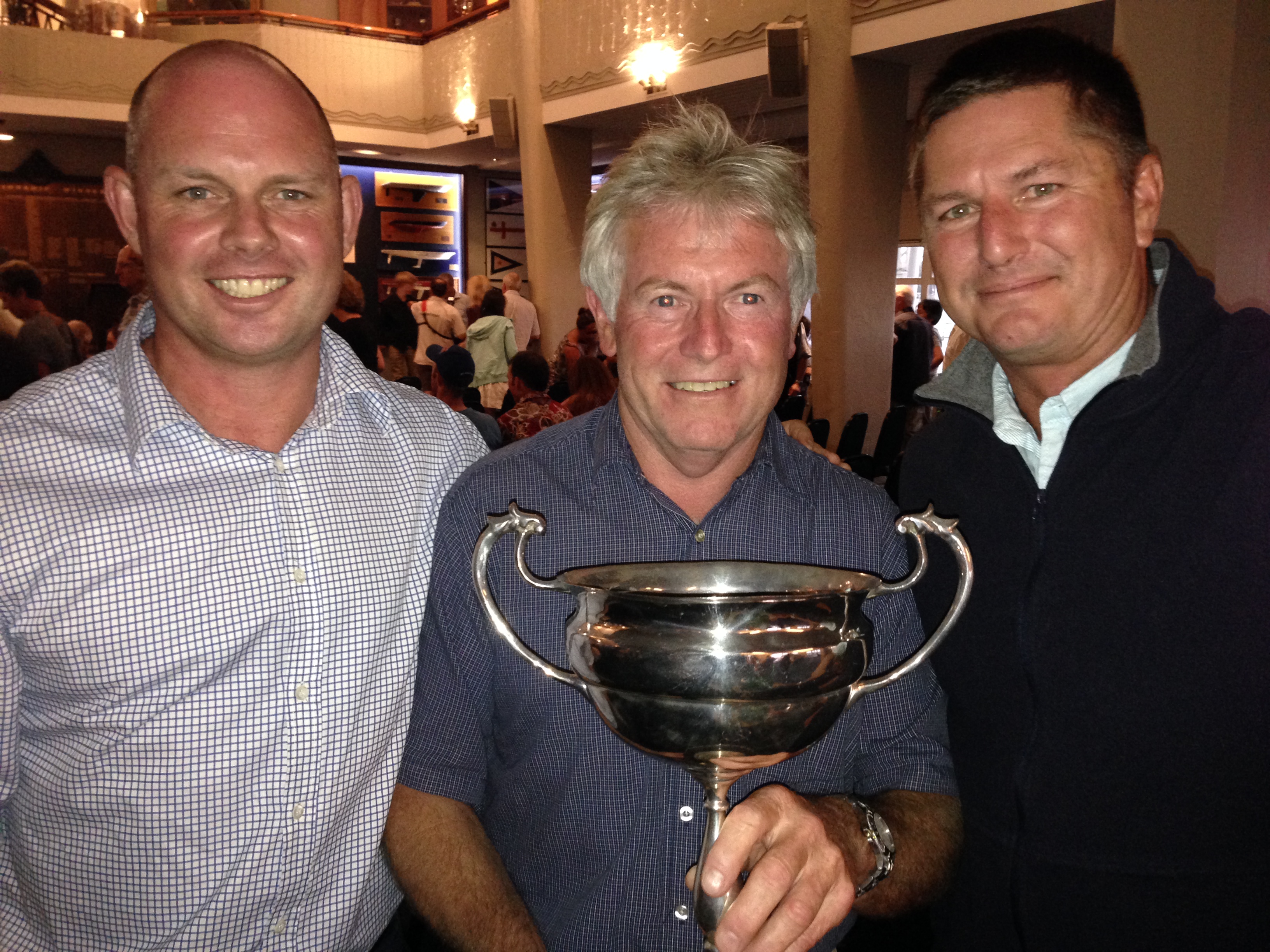 The second race of the Collinson Forex series on Saturday April 20th marked the end of the Stewart 34 Championships for the 2012-2013 summer racing season.  A warm and blustery northerly served up some spirited sailing conditions for the fleet of 20 P-Boats sailing a long course on the Waitemata Harbour. The odd shower throughout the day washed off some of the salt from the boat’s decks and crew’s foulies which haven’t seen much fresh water during the past long and dry NZ summer. The fleet crossed the finish line in Westhaven mid-afternoon, leaving plenty of time for post race beers/rums on board before the prizegiving, hosted by the Ponsonby Cruising Club, kicked off at 6:30 that evening. 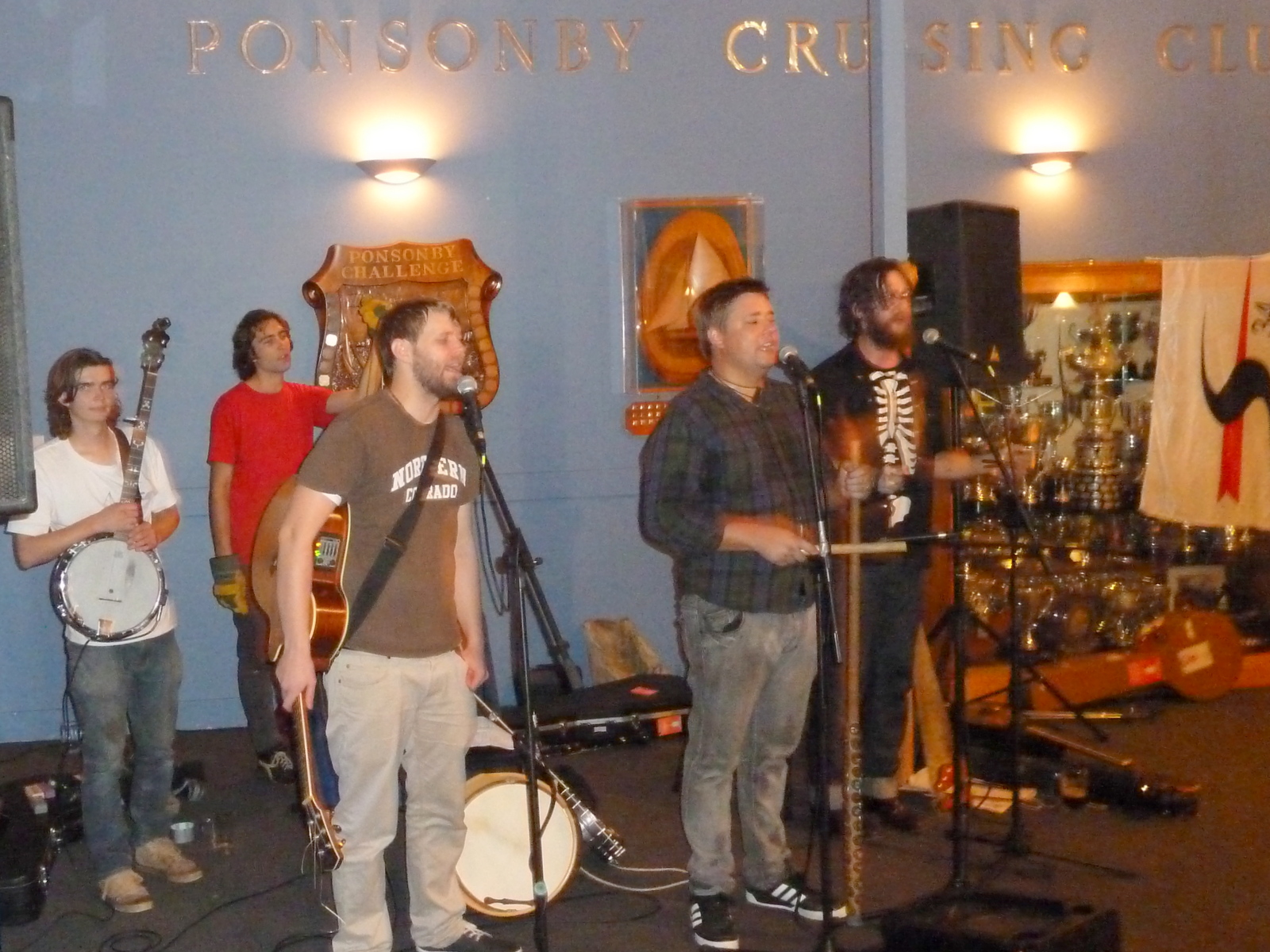 Peter Lester, two-time NZ Yachtsman of the Year, former High Performance Director for Yachting NZ and TVNZ Yachting Commentator commented on the state of yachting in NZ and his perspectives on the upcoming America’s Cup in San Francisco this September. Mark Bond, helmsman of “Pionnier” accepts the Collinson Cup for Line Honours in the Spinnaker Division of the Collinson Forex Series from Peter Lester. Brett Henshaw, owner and skipper of “Panacea” accepts the prize for 1st on Handicap, Spinnaker Division in the Collinson Forex Series from Peter Lester. 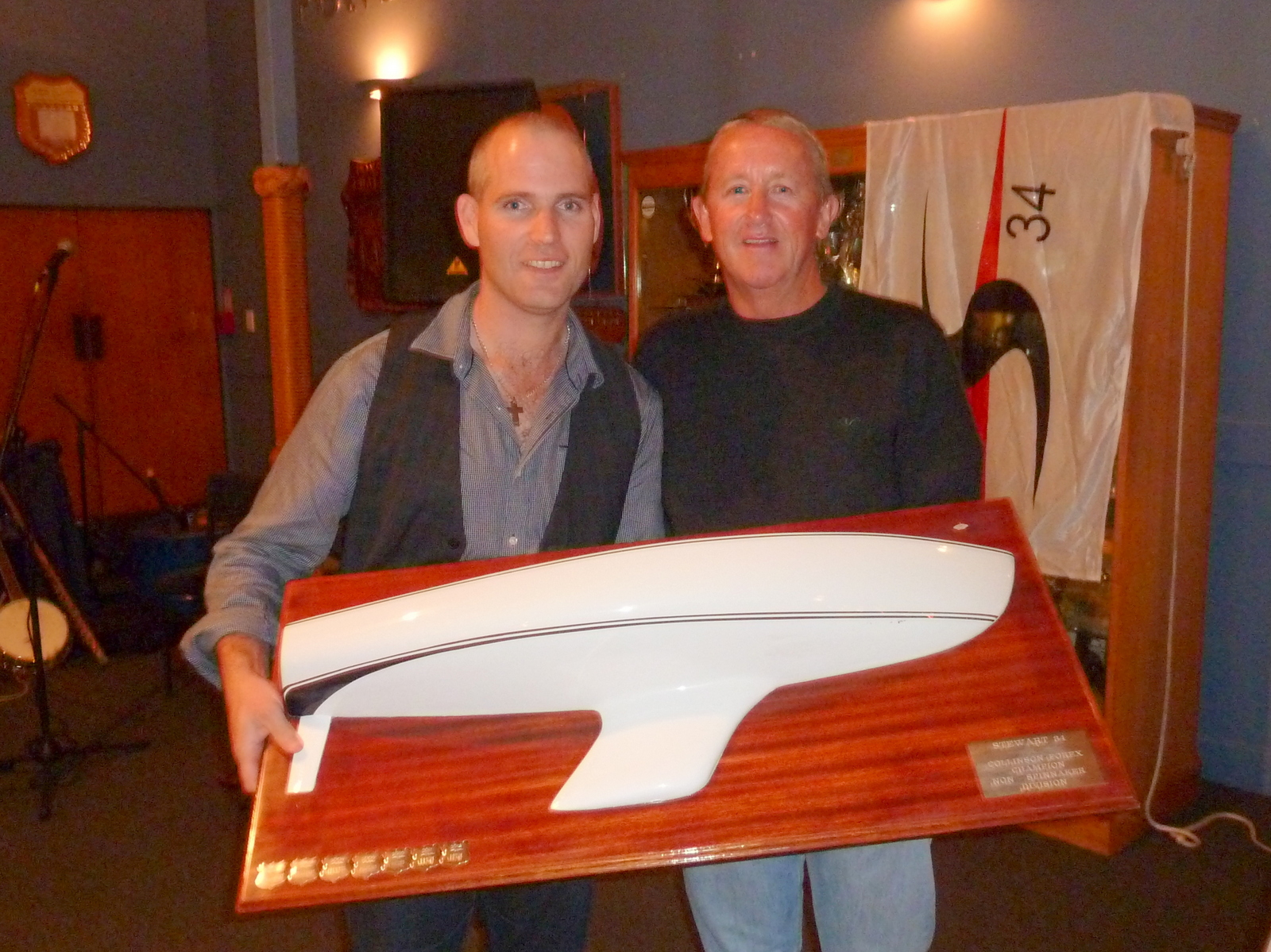 Kurt Boyle, owner and Skipper of Pelagian II, accepts the trophy for 1st on line, Non-Spinnaker Division in the Collinson Forex Series from Peter Lester. 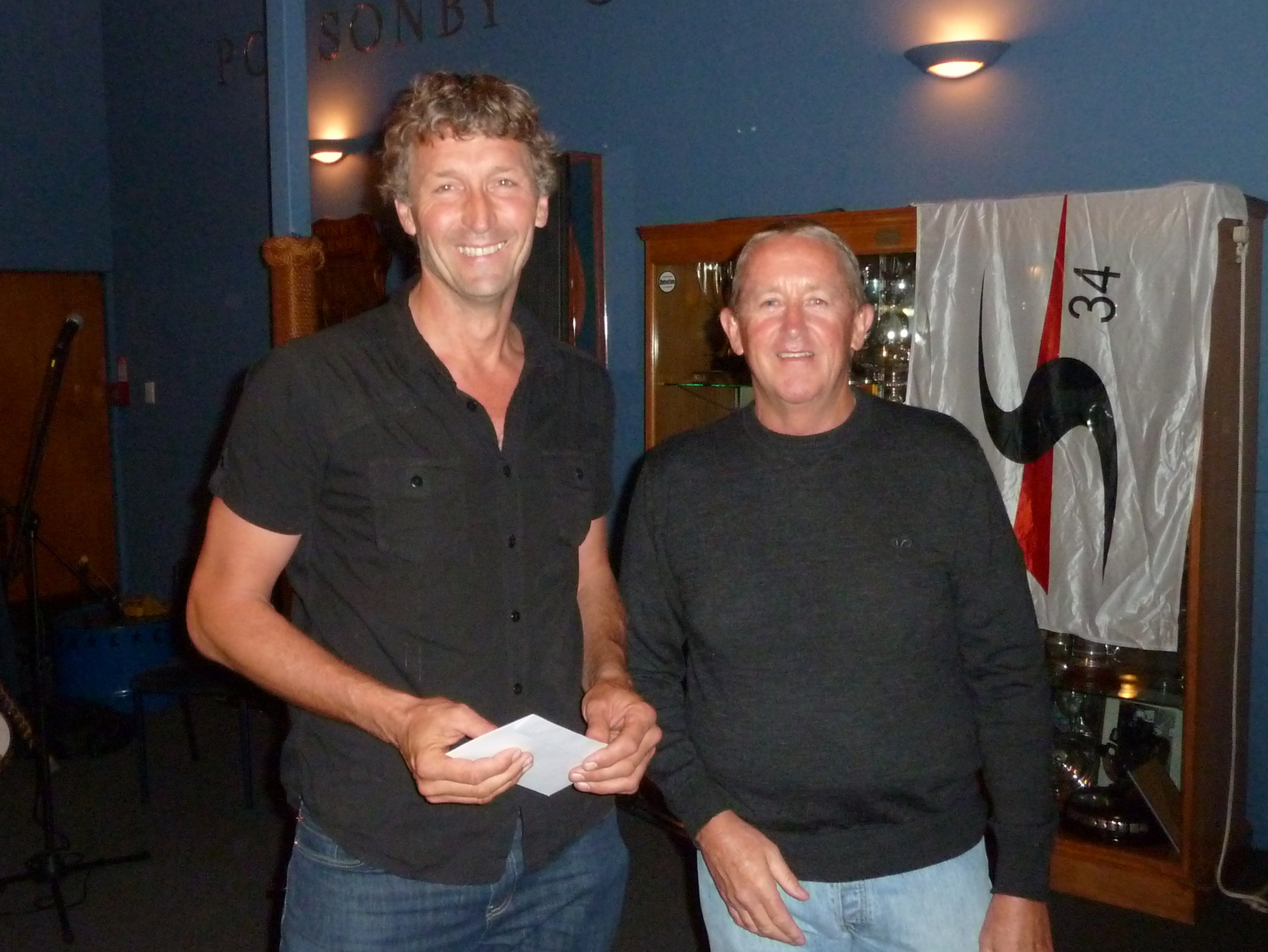 Paul Groom, owner of “Pavo” accepts the prize for 1st on handicap, Non-Spinnaker Division of the Collinson Forex series from Peter Lester. Terry Ward accepts the Forward Hand award from Daniel Carrol of Hyundai New Zealand for his excellent work on the foredeck of “Pionnier.” Helen Henshaw, Katie Northfield, Cherry McIvor and Jacqui Perillo of “Patiko” accept the award for Most Improved from Daniel Carrol.   Their excellent crew work also landed them first place on handicap in the Non-Spinnaker Division. Wayne Boburg, owner and skipper of “Phlyer” accepts the prize for Line Honours in the Non-Spinnaker Division in the Hyundai Championship Series from Daniel Carrol. 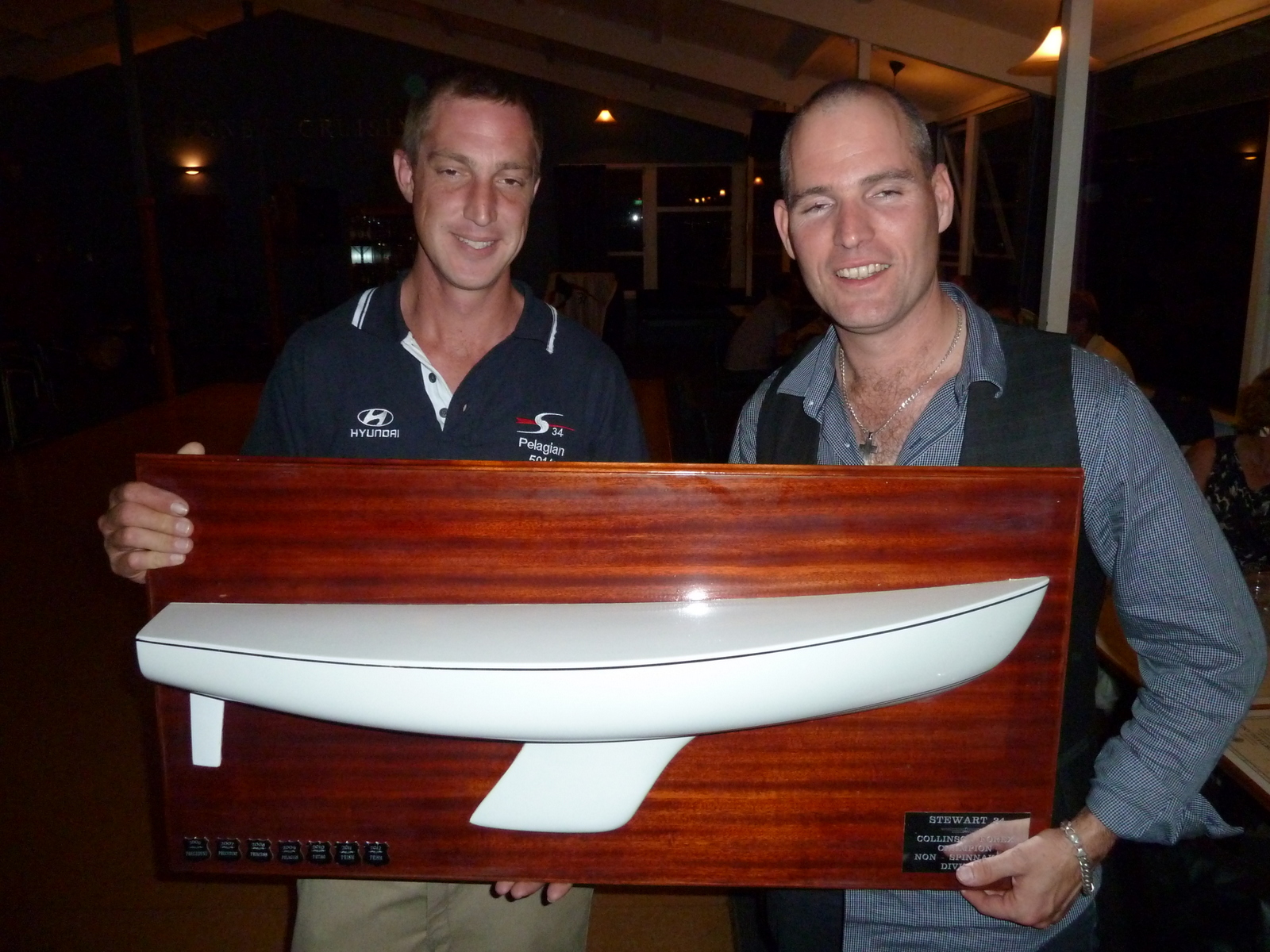 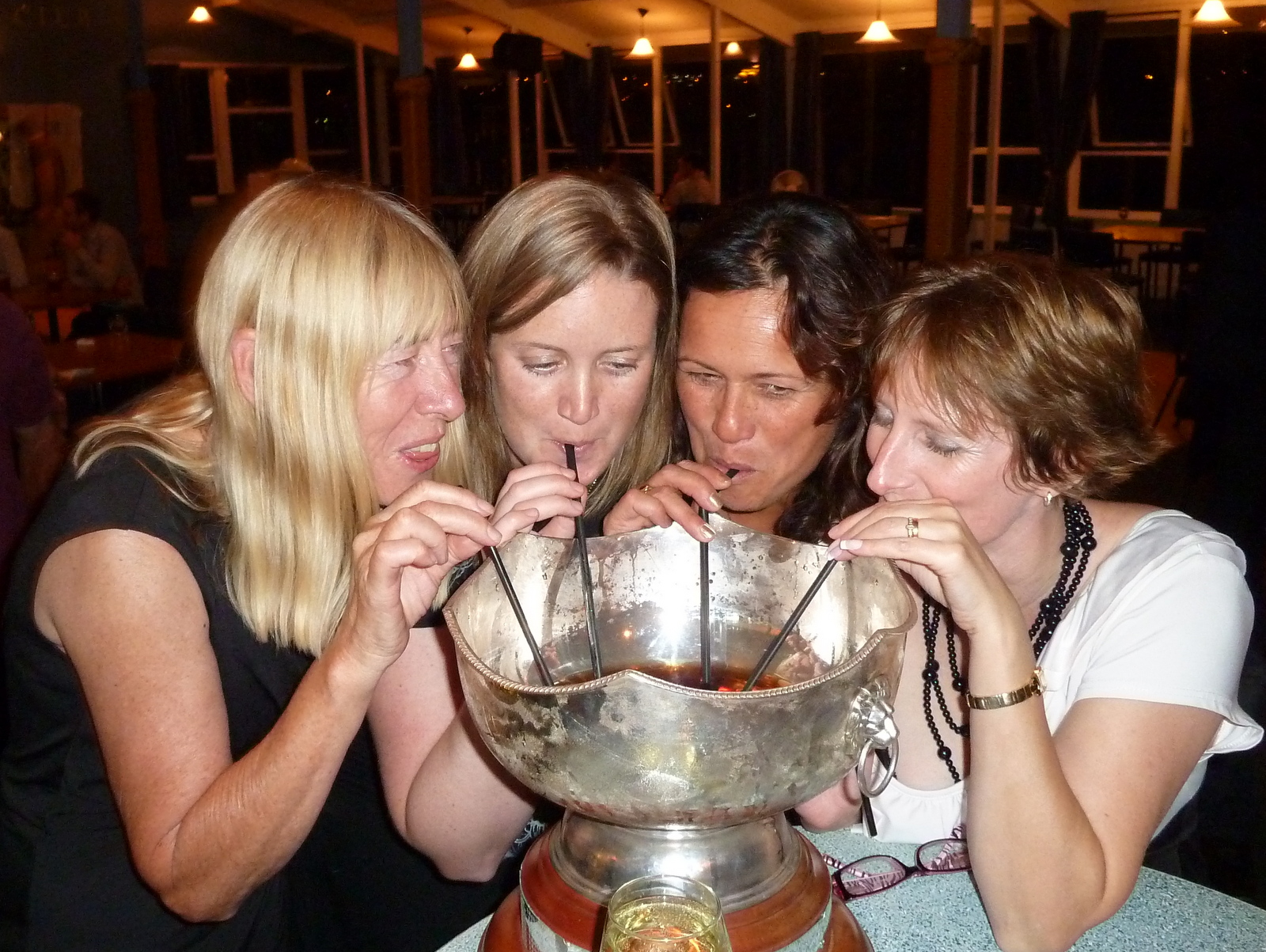 The girls from “Patiko” sip rum and coke from the Stewart 34 Challenge Cup to celebrate an excellent season of racing. Bonny Collinson presents a trophy to Rick Royden of Psyche, winner of the Collinson Forex Series